This property, located on Middle Gate, was originally built in 1911 and is listed as one of our province’s historic sites by the Manitoba Historical Society. Known as Glasgow House, it showcases a craftsman-style design adapted by Cyril W. U. Chivers from plans brought from Glasgow, California. The home is one of few in the neighbourhood to retain its original large stone veranda, likely because the house is supported by steel I-beams that continue under the floor of the front porch.

Unfortunately, in September of 2020, this house sustained significant fire and water damage when a fire started on the third floor as a result of a mechanical failure to the HVAC system. The resulting damages included the roof, windows, chimney and complete fire damage to the third floor, as well as smoke and water damage throughout the remaining floors into the basement. The homeowners’ possessions also sustained water and smoke damage, including authentic Persian rugs. 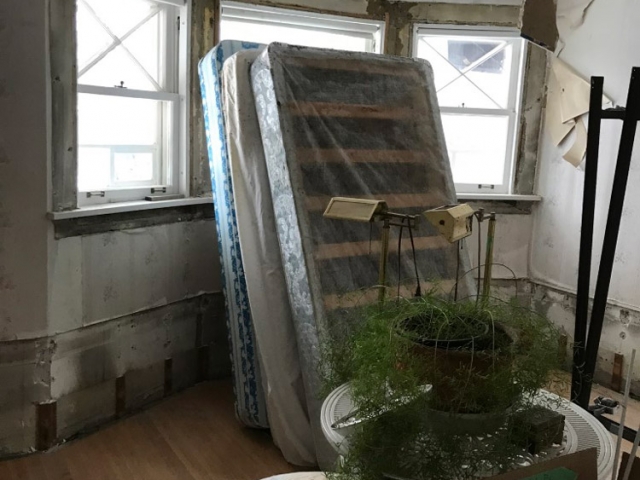 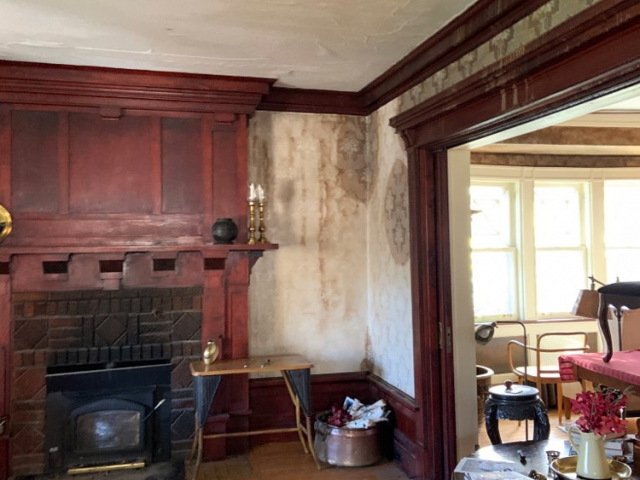 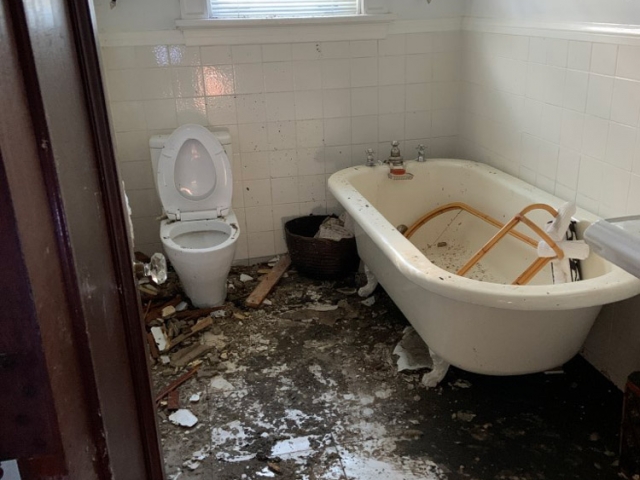 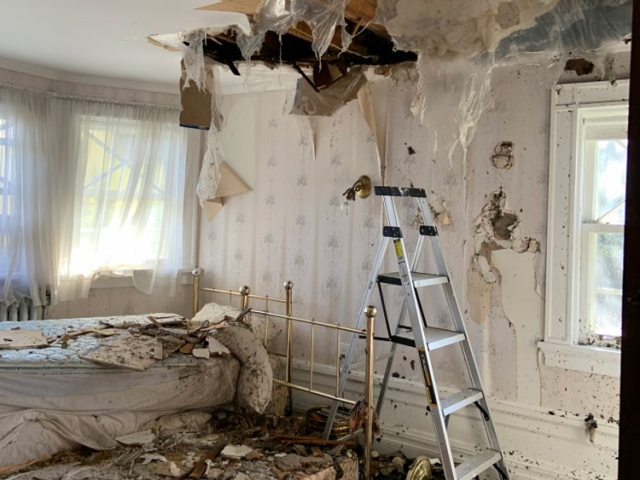 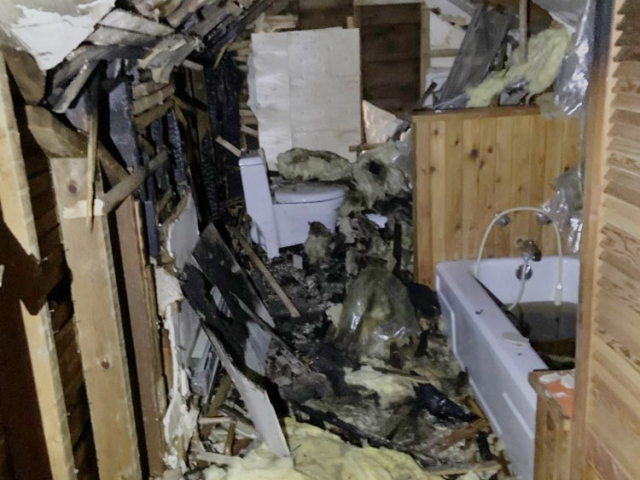 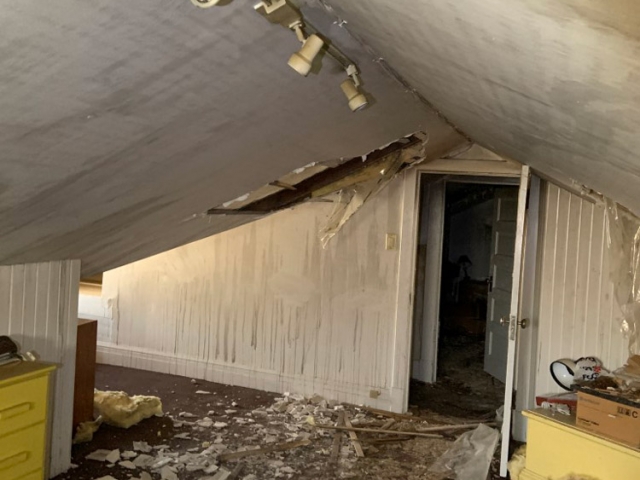 Once our initial inspection was completed and temporary power restored, we secured approval from the Insurance Company and Homeowner to remove all salvageable content promptly from the property for assessment and cleaning at our facility. After content was removed, we began the meticulous task of carefully removing the original mouldings and wood finishes that were integral to the character of the home. We built custom racking inside the garage to store all the salvageable wood finishes safely at the property to mitigate any damage that might be sustained during transport and off-site storage. The emergency mitigation phase required removal of all affected building finishes (primarily plaster, lath, and hardwoods) to the wood studs. Once exposed, the wood was thoroughly cleaned of all surface soot and sealed with an encapsulant to ensure any residual smoke odours were eliminated. 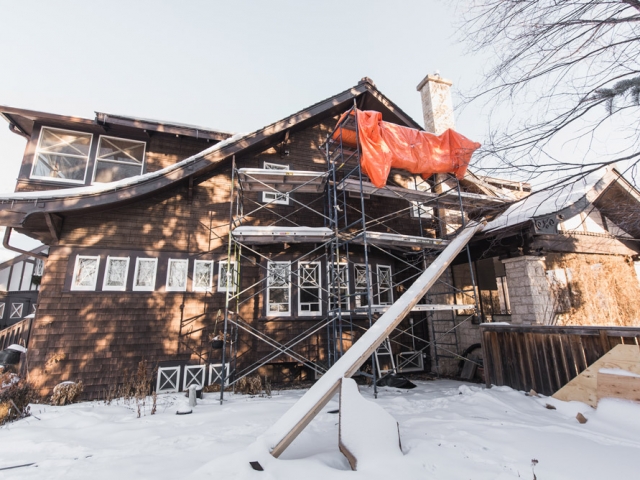 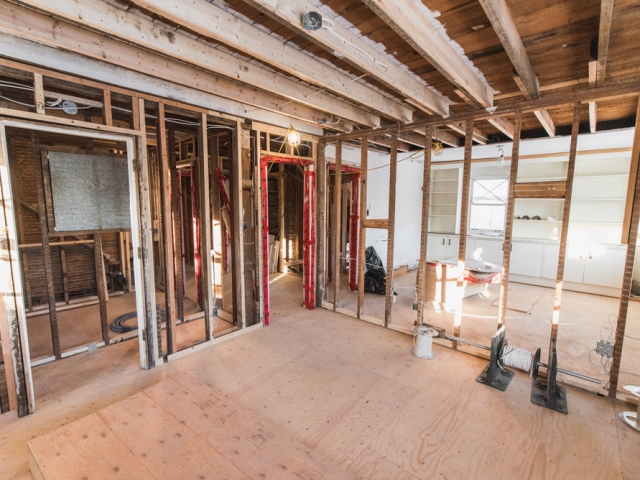 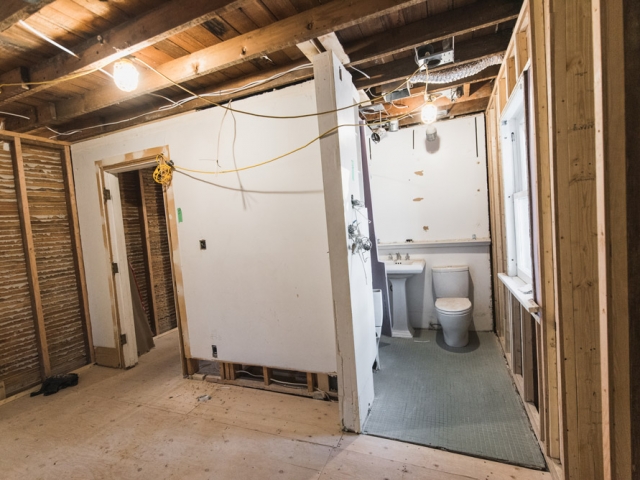 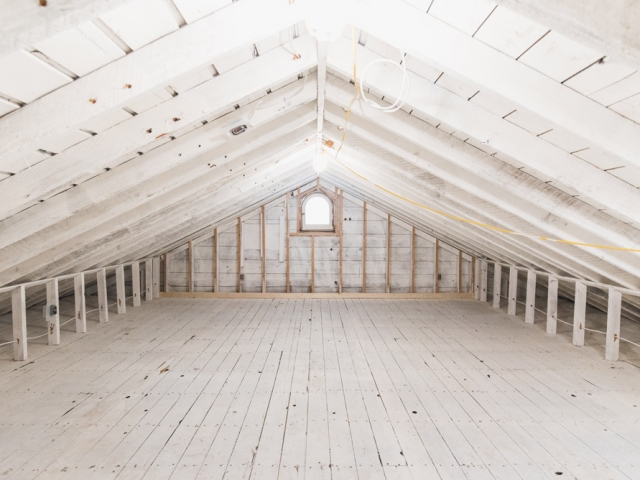 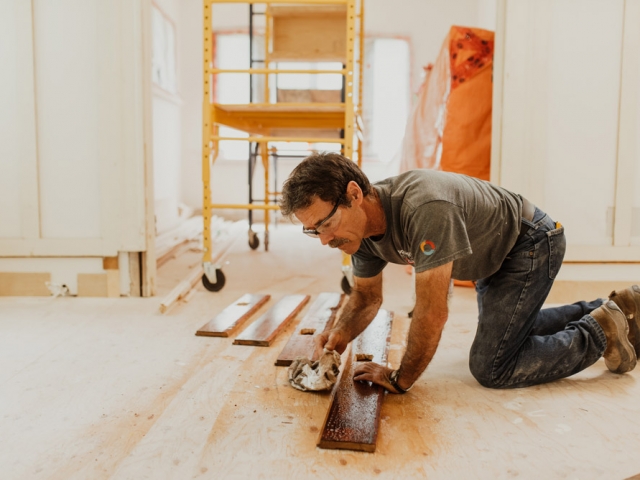 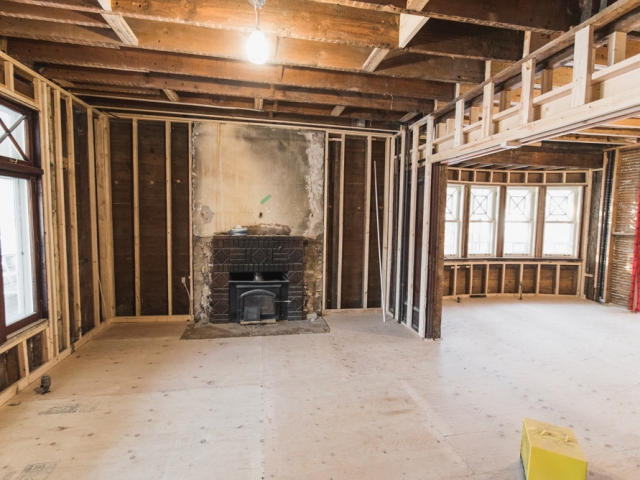 Following the completion of our emergency mitigation services, our Project Manager worked with the Property Owner and Adjuster to finalize the scope of the rebuild repairs, carefully selecting replacement finishes, paint colours, and flooring. While the general reconstruction was completed as expected, the reinstallation of the original wood trims, mouldings, and finishes required a tremendous amount of care and attention to detail. These finishes where cleaned meticulously to remove any residual soot and odours from the wood. Once installed, touch-ups of nail holes and stain matching were completed and all wood was clear-coated. Amazingly, we were able to save and reuse the original finishes from all rooms, with the exception of the sitting room, which sustained the most substantial water damage. These pieces were returned to our custom woodworking shop early in the process to be milled in-house.

In total, this project took over 760 finish carpentry hours, 100 cleaning hours, and one year to complete. And yes, we were able to restore those beautiful Persian rugs, too! 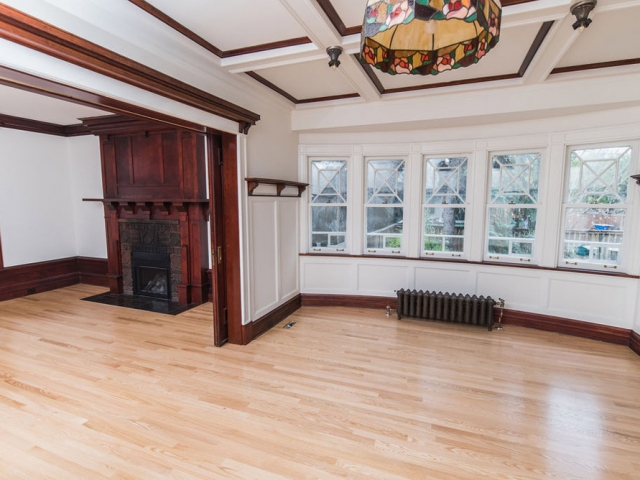 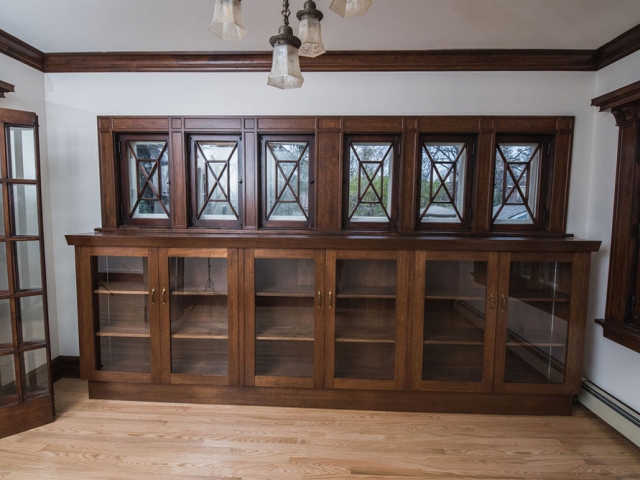 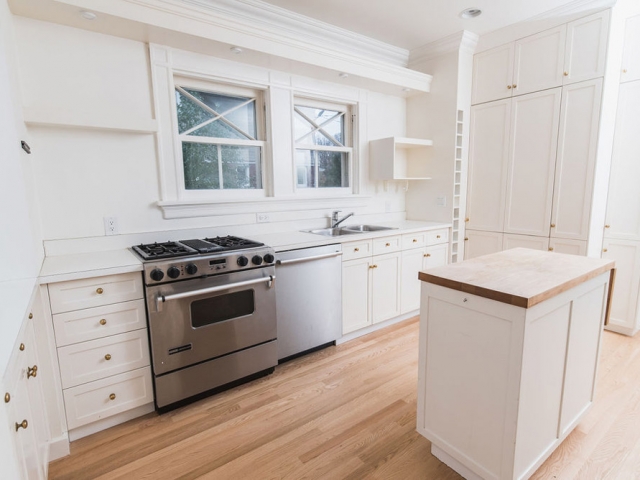 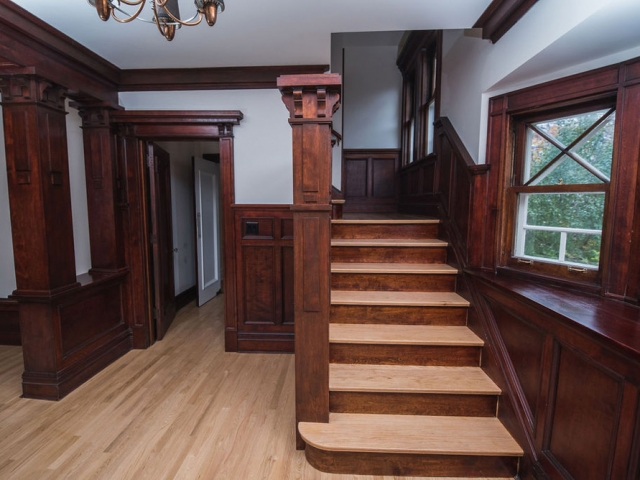 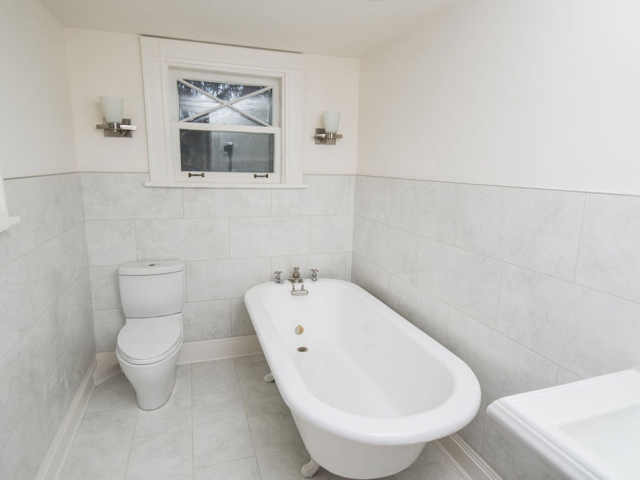 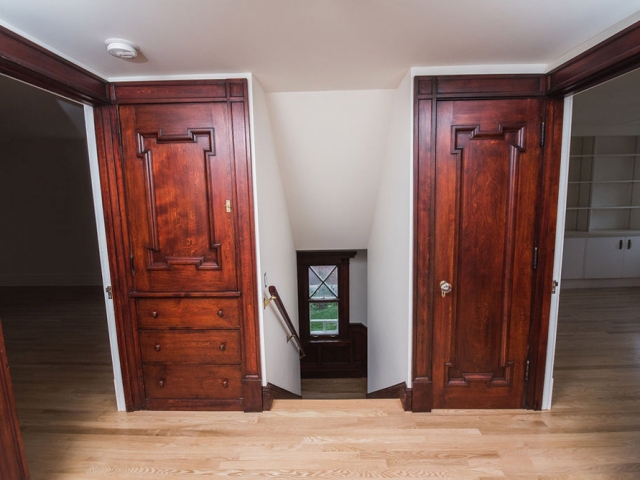 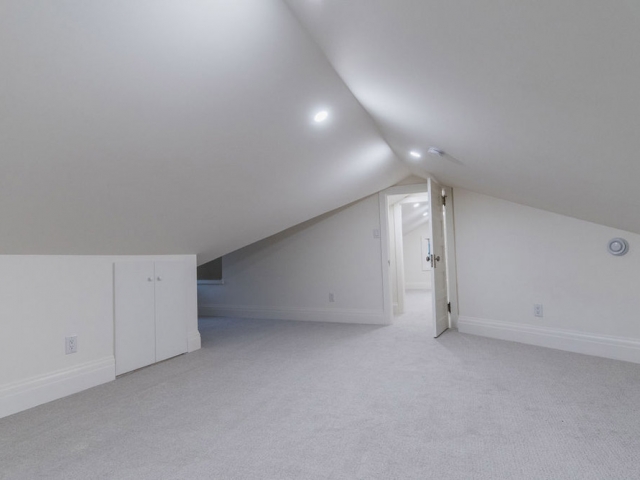 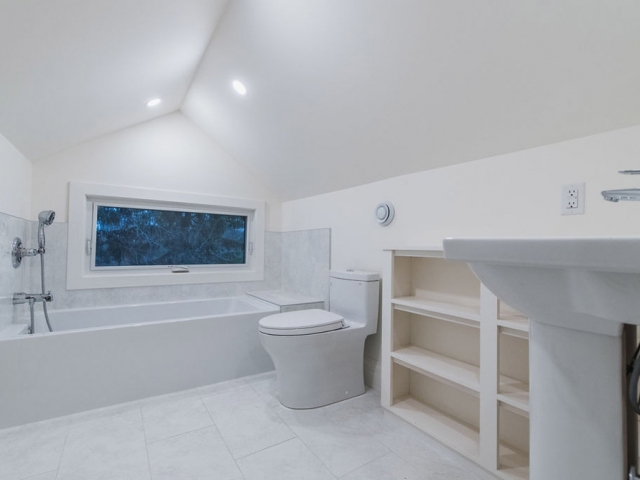 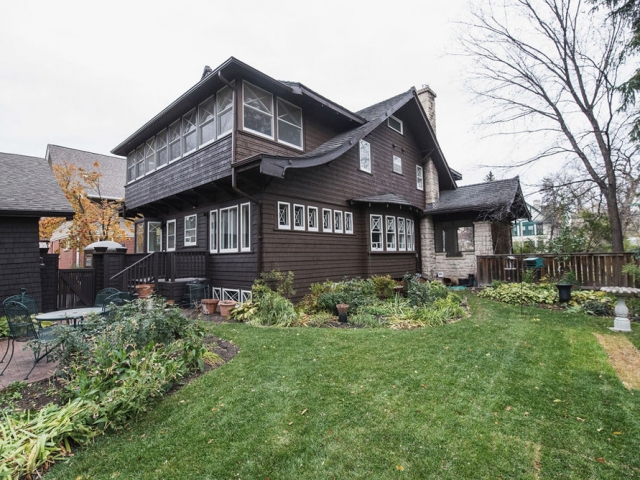 “We could not have asked for a better Project Manager than Tim Ferguson. He is a hands-on boss who is well respected by the workers and a master at coordinating all the trades. He also communicated well throughout the process with regular messages, photos, and on-site meetings. We received excellent service from Priority employees, who were all pleasant and eager to do a good job. We particularly want to commend two Carpenters who worked on our home, Yvon and Ryan. They took on the difficult task of restoring the woodwork and coffered ceilings in our heritage home with superior results. A house fire and the water used to distinguish it cause devastation that at first seems insurmountable to the homeowner. Right from the start, Priority gave us confidence that they were experienced at putting things right.”

As the situation with the COVID-19 virus continues to evolve, we at Priority Restoration are doing everything we can to keep our Team safe while still providing restoration and cleaning services to our valued clients.

In the event that your home or business may have been exposed to COVID-19, we are prepared with the necessary products and procedures to clean the property & apply a disinfectant to get you back to feeling safe, fast.